For Your Eyes Only

Imagine all the free things you use on the Internet – social media sites, apps, games, video, storage, whatever — yes it’s all there just for you.  Ok maybe you and about 2.3B other folks on the planet but then you really enjoy your stuff don’t you?  Yep life is good.You’ve got your sitable, carryable, wearable, driveable, doable devices that keep you in touch with all of your stuff.   Sure somewhere in the back of your mind you know people are gathering information about what you do, where you go, what you like/dislike but it’s OK because it’s just so they can serve you better.  It’s fine…as long as you don’t think about it too long, too hard. [Read more…]

It’s difficult sometimes to get youngsters interested in STEM (science, technology, engineering and math) courses and even more difficult kids that come from neighborhoods where violence, drugs and poverty are a part of daily life.  But a New Jersey school found a way to make it fun and interesting and all in 1,000 feet — soapbox derby participation.  A team of volunteer independent filmmakers documented the project from beginning to end to help raise funds for future programs and show that good things can happen when young people are motivated.   These students learned STEM information without realizing it and their thirst for knowledge continues. Maybe their story will encourage others to take a proactive role in their communities. [Read more…]

You know it and I know it — there is inequality in business. If the business isn’t doing well one of the first things senior management will do is cut the workforce to save money. It’s called fiscal adjustment. Of course you seldom hear the boss say, “I’ll take a salary cut as will my senior staff first and we’re forgoing our annual bonuses.” If you earn $50 – $100K a year a 10 percent cut is felt in your household. According to a growing number of reports if you’re a female worker you’re already making less than your male counterpart so you feel it even more. If you rack up $5-$50M then a 10 percent cut is hardly felt. If we are going to have equality then we should have equality for all up and down the organization, in good times and bad. Only with the rare senior management team that respects the contributions of every member of the team does that happen. Pity is some are overpaid even if they only get a buck an hour! [Read more…] 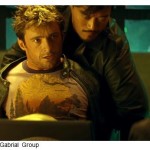 FMS (Flash Memory Summit) is always an interesting event.  What’s not to like lots of discussion about chip-based storage (flash) and SSD (Solid State Drives).  The stuff is fast, it’s rugged, it hardly ever really dies on you, doesn’t use much power so your battery lasts longer and according to the guys (there still mostly guys) who crowd the sessions they are going to take over the world.  Of course there’s a little problem or two.  For the ordinary guy or gal or even the IT (information technology) department.  It’s still more expensive than spinning disks and if everyone bought as much as they wanted/needed there wouldn’t enough to go around.  We need a lot more production capacity and that costs time and money…lots of time, lots of money.  There’s always next year and it will be good! [Read more…]

I started experimenting with Windows 10 from day one when it was released. The first time I downloaded it, I was using an 8-year-old computer. The computer was Windows Vista compliant at the time of purchase in 2007, but it had been recommended that I install Windows XP instead. Windows XP served its purpose well for all those years until Microsoft stopped providing updates for it.

I had a copy of Windows 7 that I dual-booted on my then new Macbook pro in 2011, but I removed it and installed it on this machine 6 months ago. It worked, but was slower than Windows XP. Then Windows 10 came along; the successor to Windows 8 with the Metro interface, designed for touch screens. I never have been a fan of touch screens for large monitors, but it’s fine for tablets, phones, Bank ATM’s, etc. Even though this configuration would be considered underpowered for today’s Windows versions, I decided to give it a try and install Windows 10.

Modifications to the system

First off there was a problem with the little Microsoft Flag not showing up on the right hand end of the toolbar at the bottom of Windows 7.  I don’t know why it happened, but this was a custom built computer, rather than let’s say a Dell, HP or something else.  All the computers for Dell, HP computers that I have seen showed this flag. I found a procedure online to correct this issue to make the flag appear.

Once the flag appeared, I went through the steps to reserve a copy and waited until July 29th to do the install. I received the download the first day it was available (no waiting).

For those who don’t want Windows 10 upgrade, you can perform the following procedure.

Before performing the upgrade, I used Macrium Reflect to make a backup of the Windows 7 OS.  Note: This is a very important step before installing an OS on any computer and to protect your data as well. There is no excuse not to run a backup of both data and OS configuration on a computer. Many consumers don’t do this and just consider a computer another appliance in the house, but it isn’t.

or from Gene Barlow at User Group Relations

I would say it took around an hour to do the install, but when the install was complete, the computer booted to the new Windows 10 interface. It booted slowly at first, but once everything was done, it would boot significantly faster than Windows 7, especially considering the age and specifications of the computer.

After installing the operating system, there were several issues to overcome. Once the interface booted, it was similar to Windows 7 with some bits of Windows 8 thrown in. The Metro interface was eliminated from the main screen, but still exists to an extent in the Control Panel when start button is pressed, so it’s there in a mini form. It’s fine there, but not as a main interface. It can still be used with Windows 8 features such as app store and similar buttons.

While Windows 10 is a vast improvement over Windows 8, it does have some annoyances & issues to resolve or fix. The first occurs when setting up WIFI. If the user goes to the control panel and sets up WIFI through the networking menu, it only provides 2 choices, and using the SSID and password is not one of them. On earlier versions of Windows, the user has that choice, but not by default on Windows 10.  I found this to be an issue with Windows 8 as well when setting it up for someone else on a Dell laptop. It wants either the special number found on the router (MAC address ??) or another security number instead. The good news is that it can be done, but a lengthy procedure is required to go to correct menu for manual entry. This can be a problem if a user wants to use a computer on someone else’s network where often only the SSID and password are available.

The biggest problem by far was running Windows updates. So far there is some kind of bug that prevents downloading updates and installing them. They backup and don’t install. For this, there is another procedure that needs to be done to fix this issue. Now after I started the machine a few more times, I found that the updates are installing, but it takes time and seems to have resolved itself. I don’t know why this happened, but will keep tabs on it and figure out why it happens.

(NOTE: Several weeks after the initial fix described above, the updates are installing just fine. )

and this criticism of Microsofts’ failure to apologize for the problem:

There are several reported security issues and concerns regarding Windows 10. One of the issues is the WIFI Sense feature of Windows 10. This feature allows others to share your connection without needing a password. I don’t know what problems could happen, but it’s possible to turn this and other features off.  Cortana is another; a feature similar to Apple’s SIRI and various other things.  All of these can be turned off.

Turning off Security risks in Windows 10

Installing Windows 10 was a great experience and I found it’s worthwhile. Despite concerns with this new version, I think it is a worthy successor to Windows 7 and 8. It is much lighter weight than other Windows versions and runs well with an older machine such as the one described above. On my computer I decided to upgrade the original hard drive to an SSD to improve speed of computer and find it a worthy upgrade to the older computer. I chose an OCZ Trian 100 240GB hard drive and installed it. Before installing, I made a mistake by changing the BIOS drive setting from IDE to AHCI mode for SATA drives thinking Windows would automatically select the new drivers and install them, but is needed to be done before changing this critical setting first, so they load when system is started. I learned the hard way on this. *Please consult your motherboard manual to see how to change this in your particular BIOS.

Nothing critical lost, as I had moved all data to an external drive. In order to reinstall this upgrade, I had to first reinstall Windows 7 and the updates through Service Pack 1 and properly activate them. A clean install of Windows 10 upgrade is possible, but when I tried it, it wanted to install as a new installation with a new Product Key. There is a way to do it though, through a procedure here:

Once done, then Windows 10 could be reinstalled again. Instead of downloading the installation again, I could get an *.ISO of the windows 10 version I need, burn to DVD, than reinstall it. I would recommend this; rather than relying on downloads from the Internet. I never have been a fan of having to download everything, but it’s the way we do things today. The good news is you can still make your own DVD copies.

As far as running any existing software I have on machine, I find everything that I tried runs fine. I am pleased with this new operating system and recommend it to anyone willing to go through the issues I went through installing it. Though ones experience might differ since there are many different configurations out there in use, so not every one’s experience will be the same. I can’t stress more that making sure you back up your data, etc. is very important. There have been horror stories that I read of people having trouble installing this upgrade and others as well. Many consumers fail to make backups and blame hardware, the OS, etc. and get mad when they lose their data, etc. Some computers could be messed up anyway and other issues that cause problems. I had none of these issues except for the things described above. It’s not that hard to do and external drives are not that expensive, so there is no excuse not to do it.

During the October meeting, I will demonstrate this new operating system on this system to be setup at the meeting. Anyone interested in installing Windows 10 or having questions about it can contact me at rfmitch66@gmail.com .